miradry No Sweat No Stress

Sweat Less!! miraDry is the first and only FDA-cleared treatment to reduce underarm sweat and odor glands.

The miraDry System is the only FDA-cleared treatment that can dramatically reduce underarm sweat by addressing the root cause of excessive sweat and its accompanying odor – not the symptoms. Permanent, immediate, and non-surgical, miraDry is a quick, in-ofﬁce treatment providing exceptional results with minimal downtime. Dr. Scott Gerrish developed the painless miraDRY protocol now used around the world and serves as a medical advisor to miraDry Corporate. 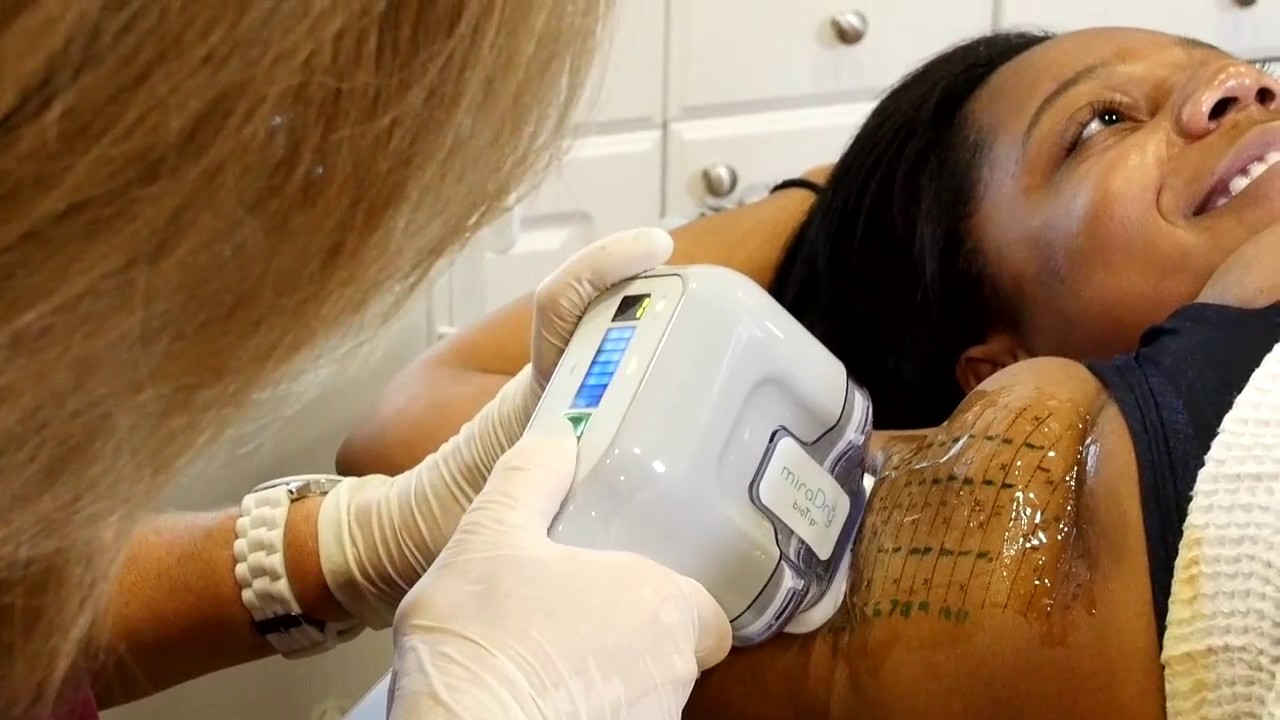 If underarm sweating is a problem for you, call our Vienna, VA office 703.255.5580 or Scottsdale office @ 480.651.8110 today to schedule your private, complimentary miraDry consultation.

As long as I can remember, I have had to worry about extreme perspiration on a daily basis. Social situations are especially stressful, and I only wear certain colors and styles of tops due to my hyperhidrosis.

Today I saw Dr. Gerrish for Miradry, and it was an excellent experience. Dr. Gerrish is extremely knowledgeable and puts you at ease right away. His staff, especially Loretta, couldn’t have been nicer or more accommodating. The procedure consisted of 2 steps – numbing the underarms and then applying the Miradry device. The numbing process was so easy, and I felt maybe one or two small pinches and that was it. Once the underarms were numbed, the Miradry device was applied as a series of short pulses. I did not feel any heat or pain during this phase at all. At the end of the treatment, Dr. Gerrish discussed post-care with me, and I began icing the area. This evening, I have minimal swelling and little to no pain. I am very excited about my results, and it will be a huge relief not to worry or be embarrassed by my sweating.

I would highly recommend Dr. Gerrish and his staff for this procedure!

Can I give more than five stars? Dr. Gerrish and his staff are OUTSTANDING and I’m so happy I chose them to do my MiraDry procedure! I was so nervous when I went the day of but they did an amazing job at putting my mind at ease and he truly has the gentlest touch; I barely felt a thing! If you’re considering any procedures in the future, stop considering and go with the best! They will exceed your expectations and more!

For as long as I can remember, I have never been able to wear blouses of any kind, least of all, silk! Any dress that fit close to my arms was out. Even jackets were ruined by my underarm sweating. My problem was beyond vanity, it was ruining my wardrobe and let’s not dismiss the embarrassment I constantly faced. It didn’t matter if it was hot or cold, I would sweat, a lot. I work in television, so this was quite a problem when sitting on set. No one wants the world to watch them sweat!

I tried Botox and realized instantly, it was going to cost a fortune and only lasted a short period of time. I tried lipo, the suction was supposed to destroy the sweat glands. But I am healthy and my cells grew back and I continued to sweat. I tried another laser procedure, twice! It significantly lessened the amount of sweat, but only for a short time. I eventually began sweating again. The doctor that did the last two procedures, introduced me to Dr. Gerrish and Miradry. It was going to be another cost, but I had already invested nearly 10 thousand dollars, at this point, why not give it a shot.
The procedure took a little over an hour and was pain-free. Dr. Gerrish was great, his office space was inviting and made me feel very comfortable. The recovery took a good full week until the tenderness and bruising were gone. While I can hardly believe it, I have finally stopped sweating! I have to train my brain to start knowing when I put on a silk blouse, it won’t be ruined. I don’t have to fear the embarrassment of sweating thru it. This is definitely a life changer for me. Time to go shopping!

Thank you, Dr. Gerrish and Miradry!

No Sweat – No Stress after miraDry @ Gerrish MedEsthetics